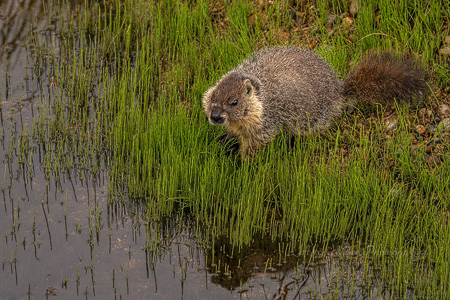 Marmot Portrait: Marmots in heavily trafficked regions have grown comfortable with humans, though this marmot was fearful enough to stay away from us. It was happily snacking on flora along the riverside in preparation for the coming winter. –Yosemite National Park, California 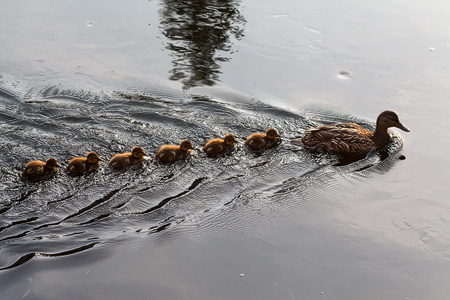 Ducks in a Row: A Yosemite sunrise brought this family of ducks rippling through the Merced River in front of El Capitan. —Yosemite Valley, California 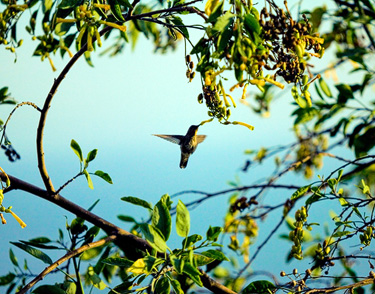 Hummy: A hummingbird stops again to collect nectar at these tubular shaped flowers overlooking the ocean. Below the hummingbird lies the horizon and the ocean, where above the wings is clear blue sky. —Santa Monica, California 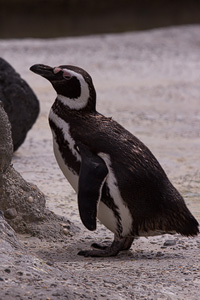 Penguin: This penguin poses to match the shape of a rock in its enclosure. San Francisco, California 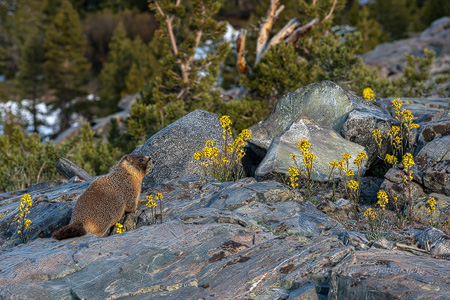 Marmot Among the Wallflowers: This marmot had probably recently come out of hibernation at Thousand Island Lake to stock up on calories after nearly seven months. It was very interested in our campsite, but it skirted around us to this patch of sanddune wallflowers. –Ansel Adams Wilderness, California 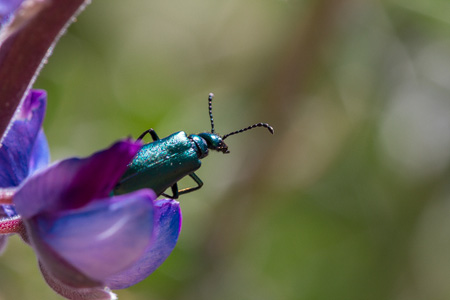 Philosophical Beetle: These iridescent beetles act as pollinators for the some of the larger flowers of the high desert. It pauses and stares off in what appears to be pensive thought. —Joshua Tree National Park, California 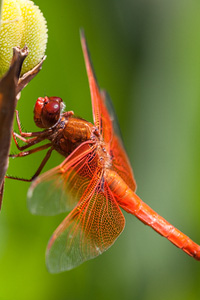 Resting Dragonfly: This dragonfly paused long enough to capture the intricate detail in its wings and eyes. It stands in sharp contrast to a rich green growth around a lily pond. —Huntington Library, California 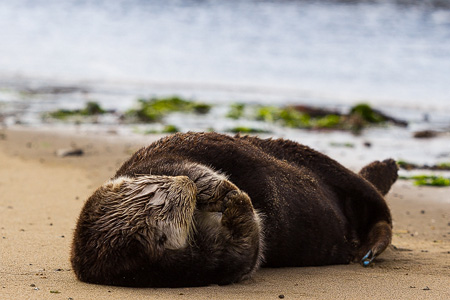 Sleeping Otter: This lone sea otter decided that it didn’t want to drift out to sea by itself, so it beached itself. It wasn’t bothered by us taking its portrait while it napped. —Moss Landing, California 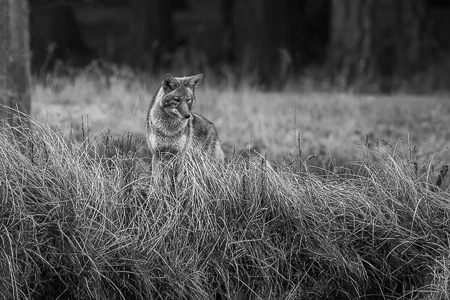 The Intense Look of a Hunter: While observing ice in the Merced River, this coyote showed up looking for breakfast on this 14 degrees Fahrenheit morning. It’s attention was firmly fixed on the deer mouse moving around in the brush, and it paid me no mind across the river . —Yosemite Valley, California